Free Shipping on Shell Sets in the USA! 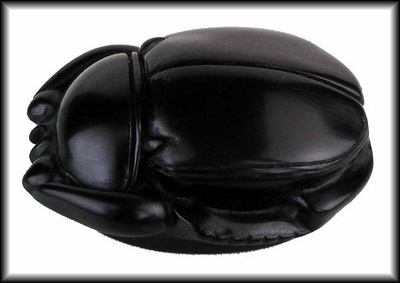 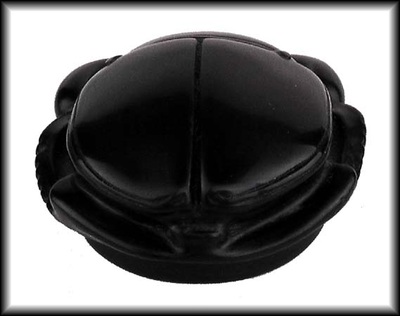 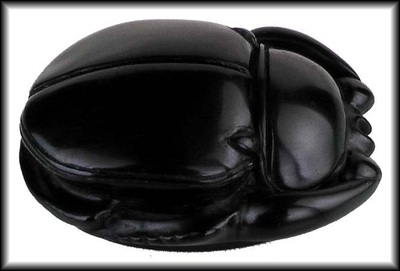 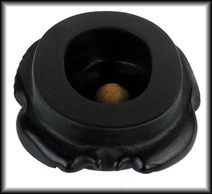 The Black Beetle Shells are a very good addition for any close -up magician or collector of the three shell game.  The set works well as a magical presentation in doing the shell game for entertainment.


Most shell sets are based around the rules of gambling.  As the game was original used as a gambling con game played for money and is still used today on the streets around the world.  With these 21st century design shells, the magician does not have to enforce gambling rules on the spectator in giving their presentation.  As these shells have no clues, rules or gimmicks to hide.  The Bottom Ridge type shell is the only shells ever made that gives you this freedom.  The bottom ridge type shell is the most deceitful shell ever made.

The ridge is not a gimmick.  It is just the opposite, as it makes them fair shells. But at any time you choose, you are able to change them to be unfair shells after you have sold the con.  The shells can sell the con or entertain on their own. everything can be fully examined at anytime, without switching anything out.

The working balls are a soft tan rubber ball, that are easy to work with and finger clip.  They can represent  a dung ball where beetles are known for rolling around a dung ball with their eggs inside.  The baby beetle can bring a surprise where the baby beetle hatches from the dung ball.  This realistic magical beetle set is sure to deliver amazing fun! 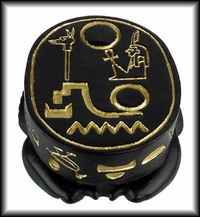 The set comes with some amazing accessories to add to your presentation. The beetle box is mostly for the presentation and to bring the dung ball out. It  has  a tapered pressure type fit to attach to the beetle shell and can come loose with rough handling. The box has engraved Egyptian symbols all around the sides and bottom of the box, that have been gold leaf painted.  These Egyptian symbols can add to your  presentation in many ways. Most people  know Egyptian symbols when they see them, but don't know the meaning of them. They seem almost magical and people are captivated by their beauty and significance.  The set comes with a double back baby beetle having a beetle on top and bottom.  This way there is always a beetle showing when drop on the surface. This can be used for a hatching surprise in many different ways.

﻿﻿This realistic beetle set is sure to deliver amazing fun!﻿﻿ 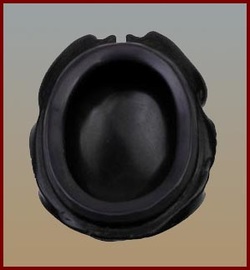 The only taper on this type shell is on the bottom rim of the shell.  The rim is tapered on the inside and outside.  This brings smooth steals and loads with the shell.  Also the shell has a entire flat surface taking away any clues on how it is all done.  The  notch or rocking horse gimmick to the shell is not needed to get the ball in or out of the shell.  The balls that work with all the shells we supply are much softer to compress better and to finger clip.  The inside height of shell is 5/8" and can work with a 1/2" ball to even make it more realistic, as a dung beetle is known to roll around a large dung ball with there eggs inside the dung ball.

A double sided baby brass beetle comes with this set for a ending surprise, where the ball is gone and now have a baby beetle.

The other feature this type interior brings;  can also work with a cork ball and the cork ball will stay inside the shell when moved in all directions.  This brings full control of the ball and everything can be fully examine without having to switch anything out.

Many add on accessories listed on this page below.

The Sacred Scarab in Egyptian Mythology﻿﻿

According to their ancient texts, the Egyptians believed that the scarab beetle came into being spontaneously from balls of dung and they associated this with their religious ideology of self-creation and resurrection. Thus, the scarab beetle was worshiped under the name Khepri (meaning 'he who has come into being' or 'he who came forth from the earth'). As a self-created deity, Khepri became synonymous with the creator-god, Atum, of earlier times. Furthermore, in the same way that the scarab beetle pushed a ball of dung before it, the Egyptians imagined that Khepri rolled the sun (the solar 'ball') across the sky from east to west each day, and so they also regarded Khepri as a form of the sun-god, Ra (or Re). Hence, the scarab became an important symbol of creation, resurrection and everlasting life in the religious mythology of ancient Egypt. Small jars and coffins containing dried (mummified) scarabs were often placed in Egyptian tombs as part of their ancient funeral rites to ensure eternal resurrection.

* Mummy Scarabs * These Scarabs and egg box bring a magical display too the three shell game. The story line patter and display is unlimited to your imagination from the history of the magical dung beetle.

The Egyptian symbols on the egg box can add to the story line for amazing entertainment. Show how the scarabs can become newborn adult scarabs from a dung ball egg right in front of their eyes with no trace of the egg.

﻿Routine ideas: ﻿ The scarab and box are bought out and open. There are two dung eggs balls in the box and they are shown and placed on the table surface. As  the two balls are placed down on the surface both hands take them, make a fist on them, with a squeezing motion and when the hands are taken away  two scarabs are produced. Both hands are shown empty. Now there are three scarabs on the table. The box is set aside and the original scarab that was on the box is lifted and there is an egg ball under it now. The shell game is played with the dung ball and three scarabs, the ball is placed under one of the scarabs and all three are shuffled around and the spectator has to keep track as to which scarab has the egg to win.

This goes on a number of times and they never can pick the right one that has the egg. At the end of the routine there are many ways to bring an amazing surprise with the baby beetle coming into play.

The Scarab shells have the new 21st century bottom ridge design. This gives you full control on keeping the ball in the shell at all times or stealing it when you want it. You are never forced to do anything. The shells with no clues,rules and nothing to hide. Can be fully examined at any time, if need be.